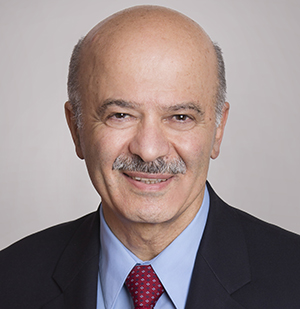 Dr. Reza Moridi served as Ontario Minister of Research, Innovation and Science (Feb 2013- June 2018). He was Minister of Training, Colleges and Universities (June 2014-June 2016), for a period, held both portfolios concurrently. He also served as the Parliamentary Assistant to the Minister of Energy and Chair of the Cabinet Committee on Education, Skills and Economy.

He launched the single largest modernization of the Ontario Students Assistance Program (OSAP) by making tuition free for students from low and middle income families and helped establish York University campus in Markham, e-Campus in Toronto and initiated the process of modernizing the university funding formula and the first ever stand-alone French language university in Ontario.

Reza was instrumental in transforming the innovation ecosystem in Ontario. He initiated establishment of Campus Linked Accelerators in all Ontario universities and colleges and expanded the mandate of the Ontario Capital Growth Corporation (OCGC) and helped establish a number of venture capital funds. He secured substantial government funding for MaRS to complete construction of the West Tower and become one of the largest innovation commercialization hubs in Americas. He helped establish Ontario Institute for Regenerative Medicine and Vector Institute for Artificial Intelligence.

Reza was first elected to the Ontario Parliament in 2007 and re-elected in 2011 and 2014. Prior to entering into politics, he held a 17-year career at the Radiation Safety Institute of Canada where he was the Vice-President and Chief Scientist. Prior to that, he worked in the electrical industry as an executive and in academia as a professor and administrator.

Reza is a graduate of Tehran University, Iran (BSc and MSc) and Brunel University London, UK (MTech and PhD). He received an Honorary Doctorate from Odlar Yurdu University, Baku, Azerbaijan.

Reza was a Charted Engineer (CEng) and Chartered Physicist (CPhys) and was elected Fellow of the Institute of Physics (FInstP) and admitted as Fellow of the Institution of Electrical Engineers (FIEE), UK, for his original contribution to physics and engineering. In recognition of his outstanding contributions to the profession of Health Physics, the Health Physics Society of the USA designated him as a Fellow of the Society. Also, in recognition of his contributions to the understanding of nuclear materials and radiation, the Canadian Nuclear Society presented him with the Education and Communication Award. He has received numerous awards and recognition for his extensive community and humanitarian work.