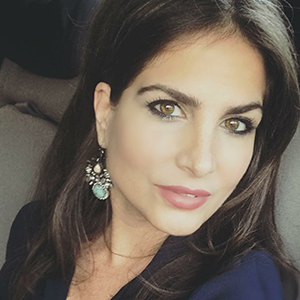 Rudi (Rudabeh) Bakhtiar is an international correspondent with over two decades of experience reporting from major conflict zones in Syria, Iraq, Israel, Palestine, Rwanda, Mali, South Africa, Ethiopia, and Iran. She is best known for her lead roles anchoring CNN’s “Headline News Tonight” and Emmy nominated “CNN Newsroom”, as well as her reporting for “Anderson Cooper 360”. Bakhtiar has spent the last few years producing for Reuters News in Washington D.C., where she has covered the White House, the U.S. State Department, and the 2016 U.S. Elections. Bakhtiar began her career as an intern at CNN in 1996, where she rose to international fame as a correspondent and anchor, achieving recognition as one of the top ten most searched news personalities on the internet (Lycos 2002). In the last decade, Bakhtiar’s work has focused on human rights violations across the globe, and in 2011, she was invited to testify before the U.S. Senate Foreign Relations Committee on Iran’s human rights violations. Bakhtiar, who was born in California, now lives in Washington D.C. where she is currently producing a documentary called “I am Peshmerga” about the Kurdish Peshmerga fighters battling ISIS in Iraq and Syria.