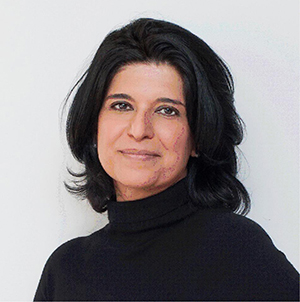 Shabnam founded Big Bad Boo Studios in New York and Vancouver, producing quality content for kids. Productions include 16 Hudson(TVO Kids), Lili & Lola(ICITV), Mixed Nutz(PBS) and 1001 Nights(Teletoon), nominated for 13 LEOs with 5 wins. 1001 Nights airs in 80 countries on CBC, Disney, Discovery Kids, and ORF. The company has launched Oznoz.com, an online channel with exclusive libraries such as Babar, Musti and others in Persian, Chinese, and French.

With a BS in Computer Science, a BA in German Literature from the University of Pennsylvania, and an MBA from NYU, Shabnam spent 10 years working at EXIS, Deloitte and Misys. She has won Vancouver’s 40 Under 40 and Canada’s Entrepreneur of the Year.

Shabnam was born in Iran and grew up in Austria. She speaks English, German, Persian, French, and Spanish. She has 2 trilingual girls who love Elmo’s World in Persian and Thomas & Friends in German.